SPOILER ALERT  finished the Mansa Musa book. It was fascinating. Mansa Musa was one of the greatest rulers in African History. His reign was only for 4 years, but he instilled a fair environment for everyone to become prosperous. Whether it was politics, military, gold distribution, trading etc, he wanted all of the world to love and respect Mali for its prominence. Mansa Musa traveled to Cairo, then to Mecca on a long and strenuous pilgrimage to further his faith in Allah. During his pilgrimage, his army had captured a city in West Africa called Gao and took their Kings son’s as wards. Without giving away the ended, I’ll stop here.

The 2nd book of my “Books I’m reading” series comes from fellow blogger Dr. Katherin Garland. It is called “The Unhappy Wife.” I can’t wait to read it. As you know, I’m all about reading and supporting Black Businesses, so I killed to rats with one brick with this one. (Yes I know the saying but I’m a bird man hahaha) 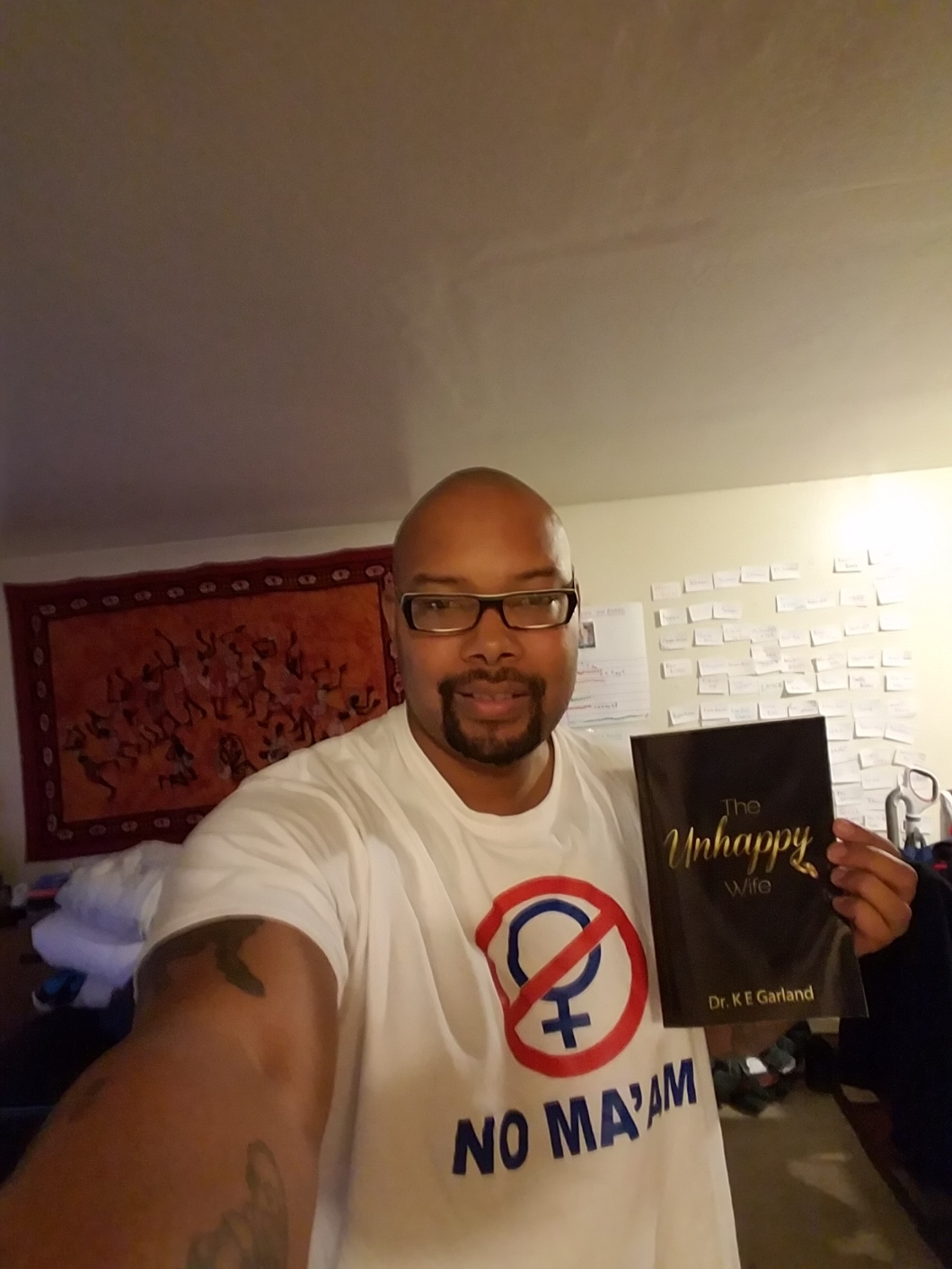 Thank you Mrs. Garland for the book. Y’all can find her on WordPress.com under K E Garland if interested. And notice this book is called “The unhappy Wife” and I took a picture with my AL Bundy “NO MA’AM” Shirt. Hahahaha. I’m asking for it, right?