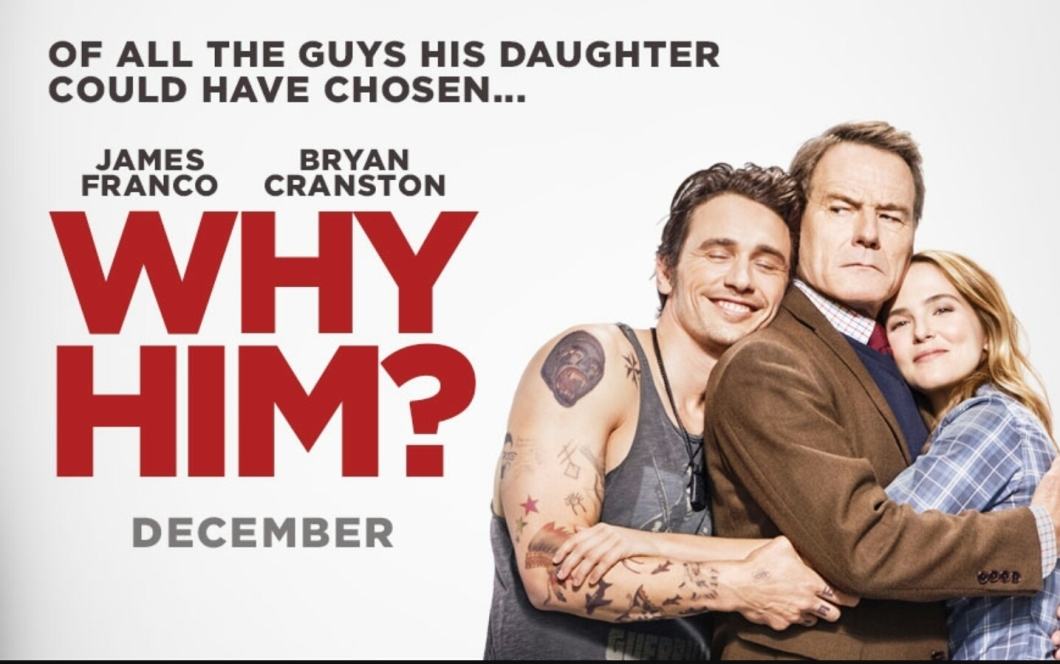 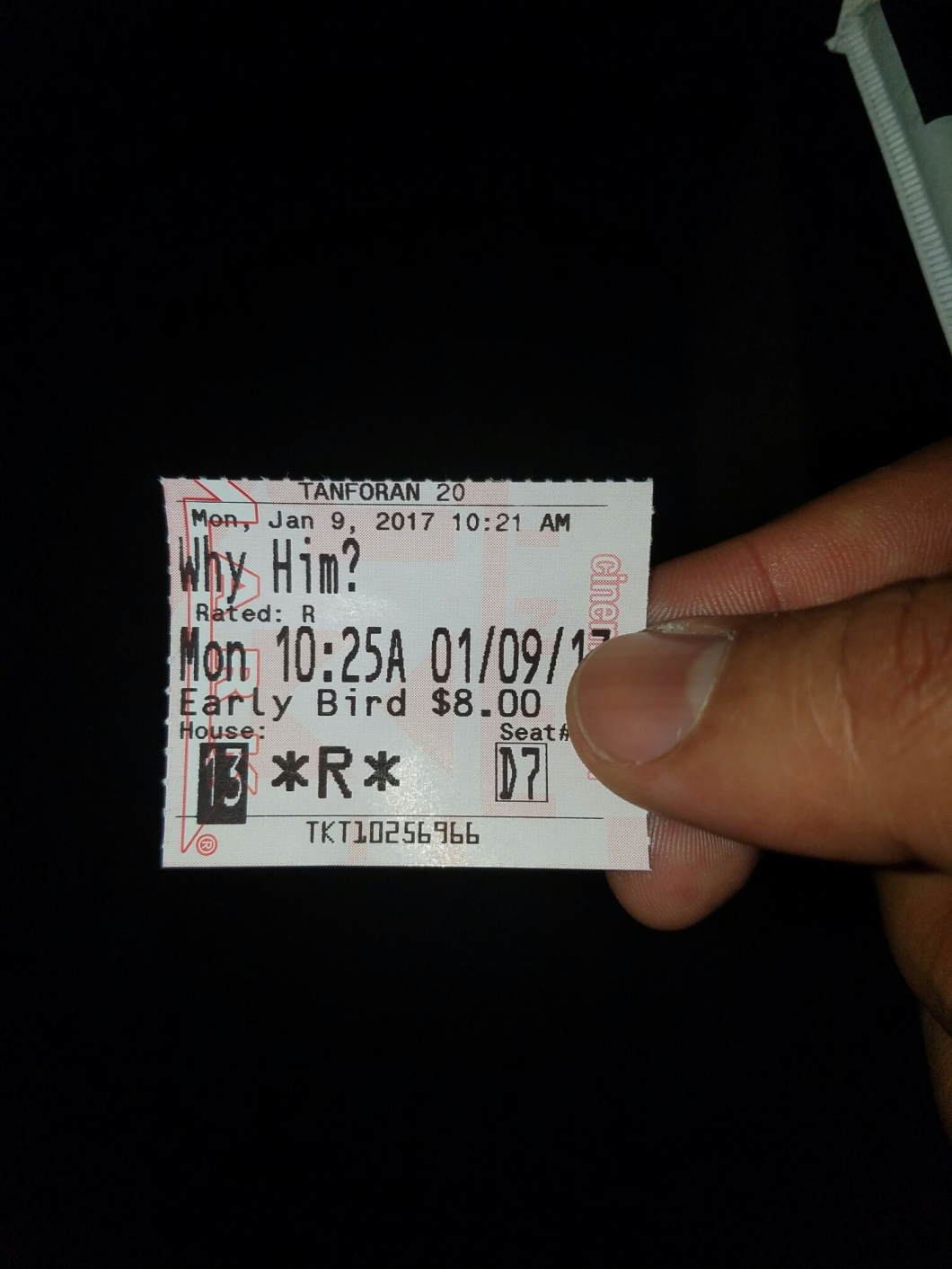 I snuck in some banana chips, a bottled water, and some apple slices to this one. Y’all need to stop judging me for that. I can sense those judgemental eyes, rolling with judgement as you judge me. Hahahahah Anyways.

Finally a comedy that made me laugh till it hurt. Finally man. Why Him? Yes Why Him folks. This movie had relatable comedic occurrences that we have in life. Lets start from the beginning. Ned Fleming (Brian Cransten) is a blue collar, family man, who resides in Grand Rapids Michigan and owns a printing press. At work he is adored by all and keeps a family like relationship with his employees. His best friend and general manager Lou Dunne (Cedric the Entertainer) is his right hand man. Ned is married to Barb Fleming (Megan Mullally) and they have 2 children. Stephanie Fleming  (Zoey Deutch) is the oldest child, a 22 year old, free spirited, daddy’s girl who is a few semesters away from graduating from Stanford. And Scottie Fleming (Griffin Gluck) is the youngest. A 15 year old, hard working, innovative boy who seeks his dad’s approval at the company.

(The movie starts off with hilarity. There’s alot of white boy humor, cursing,  sexual innuendos, uncomfortable jokes, but there’s also alot of layers behind the jokes. There’s back stories which I’m a sucker for. And what I mean is if you call someone an idiot, the average moviegoer would laugh. I myself,would want to know the origin of why did you call someone an idiot.)

So Stephanie can not make it to her dad’s bday due to her being in California so she sets up Skype while at her dad’s party. Little does she know her wealthy, childish,loving, naive boyfriend Laird Mayhew (James Franco) walks in behind her and is ready to have sex. I’m talking armed and ready lmfao. Of course the party goers are mortified what they see but Ned remains calm and measured. The next day it is revealed that he is upset that his daughter did not tell him about her boyfriend. His company is also in danger of bankruptcy due to the lack of companies using print this day in age.

Stephanie invites the family to Silicon Valley for Xmas and they end up learning that Laird is a billionaire who does not have a good relationship with his own parents. There is consistent encroachment on Laird’s part and also a sense of tension on Ned’s behalf, due to the fact that he feels his daughter is with a guy who doesn’t measure up. Laird has a life coach/assistant/friend/ esyate manager who is a peaceful father figure to Laird and his name is Gustav (Keegan Michael-Key). From Japanese toilets, to hitting on someone’s else’s wife constantly, to dick and sex jokes, this movie has it all for a comedy.

Although this movie has some predictable themes, it also has a relatable comedy that a lot of us fathers can relate to. Which is thinking you know who your daughter is and not realizing she has grown up without your approval. I advise people to see it and laugh your ass off. I give this movie an A-.  Budget for this movie was $38 million and so far it’s made $76 million worldwide.